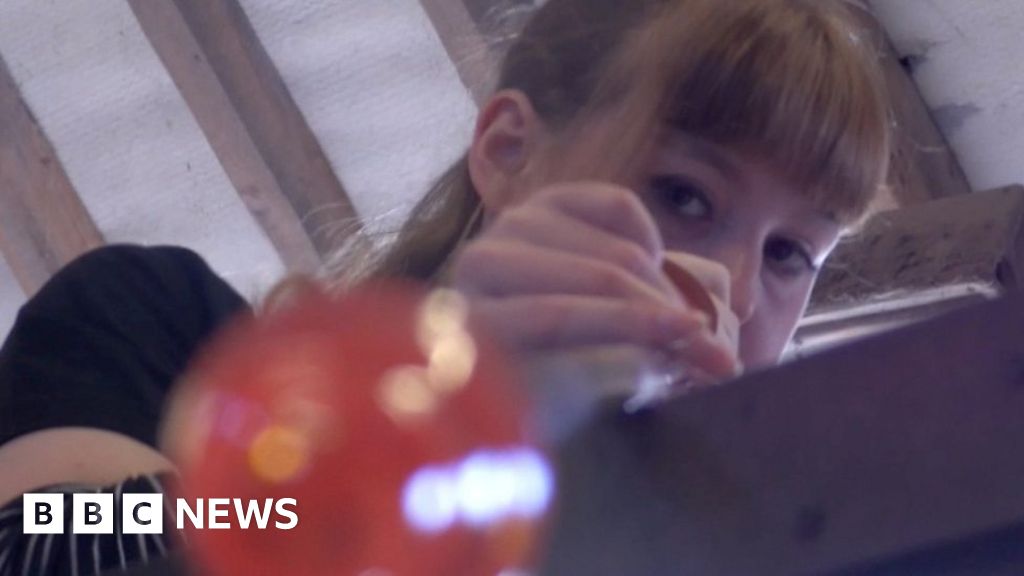 They say it’s hard for a young woman to break the glass ceiling, but artist Beth Gates has decided to smash right through it instead.

The 20-year-old, from Farnham in Surrey, is one of a very few young, female glassblowers in the UK.

Beth works at a studio in Child Okeford, Dorset, and says peoples’ faces light up when she tells them what she does for a living, especially when she reveals she works with a furnace burning at over 1,000C (1,832F) and burns are just part of the job.

She is the first star of New Dogs. Old Tricks: a series of films by video journalist Ben Moore, who has been meeting the young people shaking up the UK’s most traditional industries.